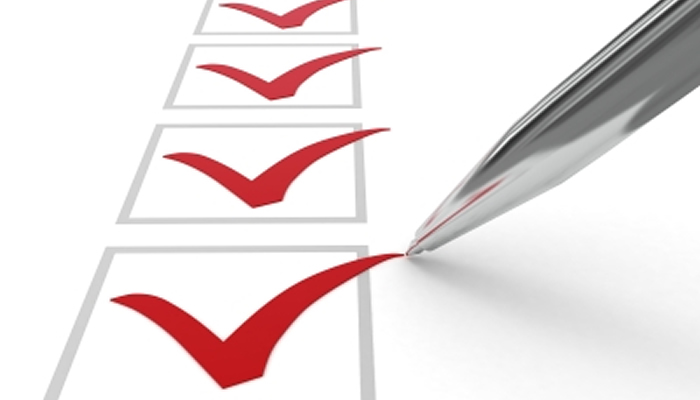 Do you have anything on your ‘to do’ list that you just can’t seem to get around to doing?  Here is a method to get it done.

In many cases, the answers to those questions will motivate you do it.  Great!  Go for it!

Sometimes, a task that seems quite straightforward can be put off if you don’t have a strategy for getting it done. Often this problem arises with large tasks. If it needs two hours to do it, then you might keep putting it off because you only have half an hour at your desk between meetings. If it’s going to take 10 hours to do it, you’ll never have a big enough gap between meetings to get it done. The answer is to divide it up into manageable chunks and do a bit at a time.

Finally, check if there is some benefit of NOT doing it. For example, if there’s a lot at stake, you may be putting it off for fear of getting it wrong. If that’s the case, talk it over with someone else to build your confidence in your approach – or to amend it if necessary.

Above all, DO NOT assume that you must be lazy because something isn’t getting done.  There is always a reason. 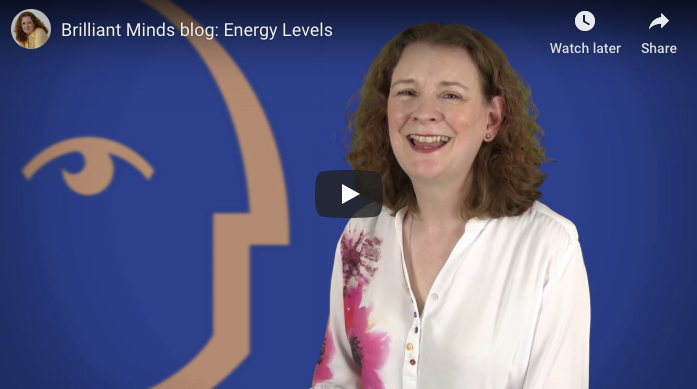 Have you ever been on a training programme that lasted a whole day, where there’s been a lunch break and and you notice, after lunch, that the energy in the room has dropped a bit? People seem a bit less talkative, a bit less enthusiastic and, in some cases, downright sleepy! 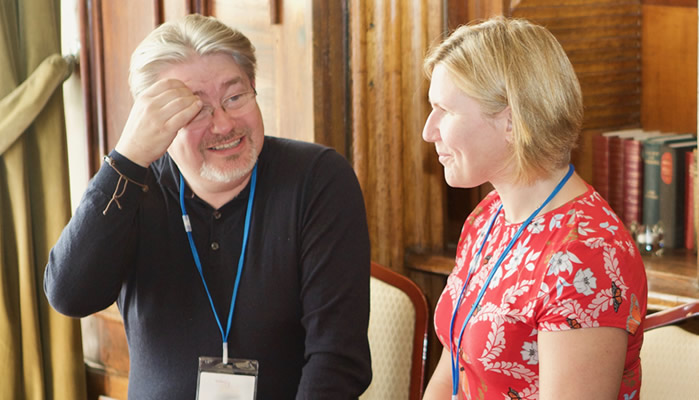 In these politically correct times, we often disregard the differing attitudes of men and women in the workplace. However, those differences are real and any manager or coach who ignores them is missing out on vital keys to influence and success.

In short, the primary purpose of communication is different for masculine and feminine brains:

These primary purposes hark back to our primitive ancestors and the respective roles of men and women in tribal societies. Societies may have evolved, but the human brains (of both varieties) have not. So, the owners of masculine brains are often very conscious at work of their place in the ‘pecking order’ and when they meet someone new, they find it hard to concentrate until they discover the newcomer’s place in the same pecking order.

This is why a meeting consisting mainly of owners of masculine brains may devote the first few minutes to reviewing recent successes, introducing visitors and their credentials and deciding who will take notes and so on. It’s important that everyone understands their role and the hierarchy.

The owners of feminine brains don’t require this pecking order. They just want to work together and build relationships that will be the foundation of future trust and support. They don’t care what it says on your business card, they want to know what makes you tick.

It can be quite complicated!

When it comes to coaching relationships this is most relevant if you are a male coach with a male client. Early in the relationship you – the coach – will have to establish this sense of equality. If your male client is indeed the owner of a masculine brain, he will need to know your status before he can fully engage with you because as a man, you could be a threat to his personal status. Bear in mind also, that many senior women in organisations have masculine brains and will have the same need.

I have found many instances where it’s easier for a man who is high in the pecking order to accept a coaching relationship with a woman. He often doesn’t care so much where women sit in the hierarchy and may be used to confiding in other women in his life. Having a female coach presents no perceived threat to his status.

Even then, it’s not uncommon when I meet a male prospective client for him to spend the first 55 minutes of a meeting telling me all about his recent successes and the final 5 minutes explaining what he might need some help with. I can think of no better demonstration of the need to establish a position that will not be undermined by the admission of an unfulfilled goal or unsolved problem.

As the owner of a feminine brain, I’m content to enjoy this insight into what makes my prospect tick, secure in the knowledge that at some point he’ll feel safe enough to tell me how I can help.

As a female coach, you may have to be prepared to ‘show them your hairy chest’ occasionally. It may not be important to you, but if your client is the owner of a masculine brain, he might need to know that you are his equal. Prepare a few testimonials and appropriate case studies in case you need to claim a place in the pecking order.Be prepared also to talk about your qualifications and experience. Name-drop a bit if you have to. Otherwise there’s a danger you’ll be written off as too junior.

If you are the owner of a masculine brain and your prospective client owns a feminine brain, you may find yourself prepared to explain all your credentials and claim your place high up the pecking order, only to be on the receiving end of some questions about the kind of work you most enjoy or how you recruit people to your team.

Sometimes, the kind of questions asked by the owner of a feminine brain can feel overly personal, even to the point of being intrusive to the owner of a masculine brain.

My intention is that by raising your awareness, you’ll be able to see any discomfort for what it is – an expression of the way our brains work – and not allow it to distract you from creating a productive working relationship.

I’d love to hear your insights and comments… 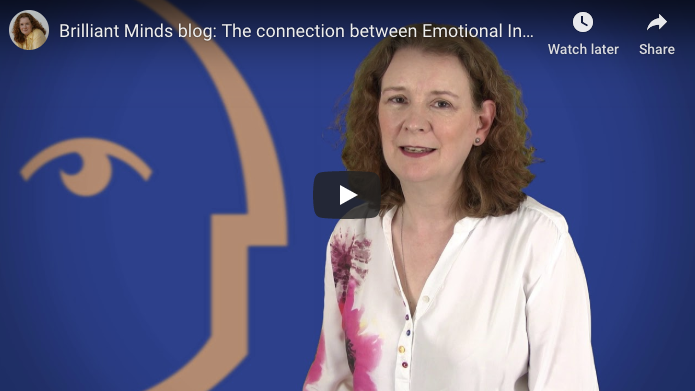 The idea of Emotional Intelligence (EQ) was first put forward by Daniel Goleman in the early 90s. This was the first time that anybody had paid attention to something other than intelligence as being an indicator of how successful somebody might be in life and in work.

Given that Emotional Intelligence and NLP are both about interacting with other people and self awareness, I’m often asked what the connection is and whether there’s an overlap. I believe there is and that they are two different sides of the same thing…