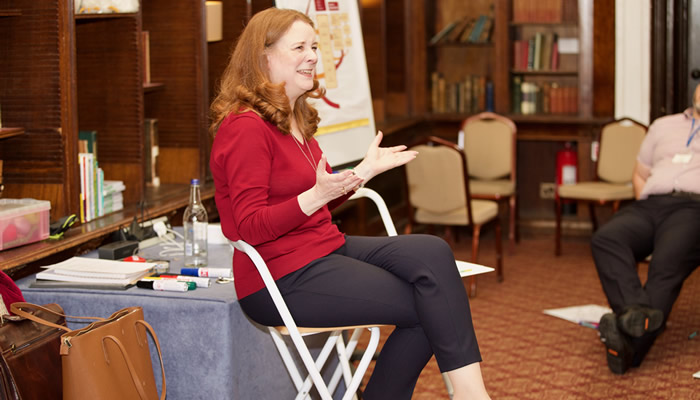 Some experiences will stay with me forever.  Back in 2002, I participated in a residential ‘meet the buyer’ event. It was my first time at this kind of sales opportunity and I was keen to make sure I gained a return on my investment.

With that in mind, I’d studied the advance information about the buyers who would be present and made notes for the scheduled one-to-one meetings across the two days. All well-prepared, I settled in to enjoy the speakers, the company and the general conversation.

At dinner after the first day of meetings and speakers, I found myself sitting beside someone who was very definitely on my target list. He represented a technical organisation that employed some of the best brains in the industry and I just knew that our style would suit them.

I’d already come to the conclusion that talking business over dinner wasn’t a good idea. Added to that, this person was showing signs of being a fairly introverted personality type and wasn’t joining in much of the general chat around the table. I initiated some fairly low-key conversation with him and soon we were chatting away very comfortably.

I enjoyed his company and had forgotten that this man was one of my main targets for sales. Probably a good thing!

The following day we had a pre-planned meeting scheduled and as I took my place at the table allocated for the two of us, he launched straight in with,

If I hadn’t warmed to him over dinner the previous evening I might have been offended at that. I was a little alarmed, I hadn’t banked on my prime target already being anti-NLP.

So I took a deep breath and began,

“I don’t know. Maybe if I tell you some of the ways we use it…” he nodded and I continued with my description of some of the client projects we’d undertaken and the results they yielded. I talked a bit about some of the individuals I’d coached and brought through mental blocks or difficult emotional baggage, concluding with,

“So, does that sound like a load of b*******s, or what?” Being nicely brought up I would not normally have used such language to a client (and my mother would be very shocked to know I had) but in the spirit of maintaining rapport I knew I had to mirror the language.

To my immense relief he smiled and said, “No, not at all”.

As a result of that meeting, I coached several of his business leaders over a period of about four years. A great outcome, but I’ll never forget that opening line.

Some while afterwards (as is often the case) I thought of a much better response I could have given: