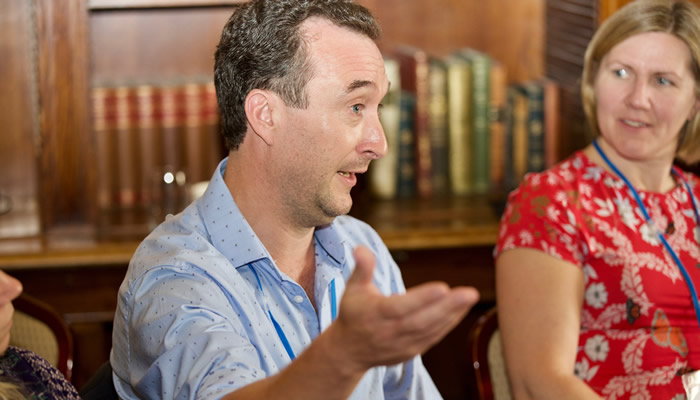 I’m often asked about how to give feedback. It’s much less often that anyone raises the issue of how to deal with receiving feedback, especially when it feels like criticism.

Last week someone posted a comment on the Brilliant Minds blog, in which they told me that they had been reading/watching my blog posts for some time and that I seemed to be saying the same things over and over and didn’t have any new ideas.  (They also said they were going to unsubscribe, so I don’t expect that person to be reading this!)

Do I care? Yes, of course I do! I like to think that I’m giving my readers high value material every week. It’s true, there are some common themes, but that’s just to remind you – and me – of the success factors that never go away.  The things we have to keep doing all the time.

Have you ever noticed that you have a better memory for the critical comments than for the supportive ones? Most of the trainers I talk to about this agree that one negative comment in a pile of glowing feedback can easily ruin a weekend! That single dissenting voice in a crowd of fans is the one that claims – and keeps – my attention more often than not.

Criticism tells us we didn’t get something exactly right. It tells us we have room for improvement. Maybe something to learn. The emotional sting that goes with it is a marker that keeps the memory of the criticism alive until we have answered the critic and restored our sense of our own abilities.

But have you ever felt robbed of your confidence or energy by a critical remark? What do you do in the face of feedback that festers in your mind and fosters a feeling of failure?

One of my friends showed me a quote from Theodore Roosevelt, which he used to bolster his ability to ignore the critics and refocus on his own purpose:

“It is not the critic who counts; not the man who points out how the strong man stumbles, or where the doer of deeds could have done them better. The credit belongs to the man who is actually in the arena, whose face is marred by dust and sweat and blood; who strives valiantly; who errs, who comes short again and again, because there is no effort without error and shortcoming; but who does actually strive to do the deeds; who knows great enthusiasms, the great devotions; who spends himself in a worthy cause; who at the best knows in the end the triumph of high achievement, and who at the worst, if he fails, at least fails while daring greatly, so that his place shall never be with those cold and timid souls who neither know victory nor defeat.”

When I get criticism I do three things:

Firstly, I consider whether or not I think the criticism is justified: entirely, partly, slightly or not at all. Of course, everyone is entitled to their own opinion, but respecting someone else’s ‘map of the world’ doesn’t mean I have to agree with it. I find it’s best to do this once the first sting of the criticism has faded. In NLP terms, it’s easiest to do this in a meta-position, a dissociated state.

Secondly, I decide what action to take. It may be that I want to answer the critic in person; I may decide I want to improve my performance in some way; occasionally I might decide to stop doing something. This decision is important because that’s how I move on. Once I’ve decided how to respond, I’ve made use of the feedback and I can forget about it.

Thirdly, I take action and monitor the results. Sometimes, one person makes a criticism that speaks for many other people as well. In those cases, the actions taken might create a wave of positive feedback. Sometimes the critic is a lone voice and no-one else notices the changes I’ve made. One way or another, the results of my actions form useful feedback.

In reflecting on how I handle criticism, I’m reminded how important it is that managers in particular know how to give feedback in a constructive manner. Badly-prepared feedback can end up as brutal criticism and can de-motivate a person for hours, days or weeks, depending on their ability to deal with criticism.

So, next time you feel like criticising someone, stop and think. What do you actually want to achieve? What’s the best way of going about it?

And if all else is irrelevant, remember what your mother used to say (well, mine did anyway), “If you haven’t got anything nice to say, keep your mouth shut”.