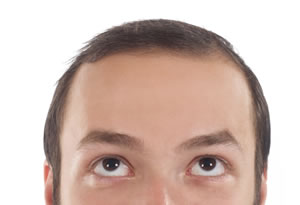 My role as a trainer and a coach often brings me into contact with people who have a strong urge and need to be “in control”.  For many this doesn’t just mean being in control of their own actions and feelings but also those of the other people around them; their teams, other colleagues, partner at home, the kids. “If I don’t keep on top of things, they’ll never get done!” “It’s quicker to do it myself!”…

It can be looked upon as being a sign of strength; it’s a means of keeping chaos at arms’ length but all too often other people see it as a sign of aggression, a desire to dominate or a sign of a superiority complex.

And what really drives it? Is it about strength or is it sometimes driven by fear and anxiety that unless we take things in hand ourselves, everything will end in disaster?

If we step back and look at it, what can we really control? It’s not possible to control everything all of the time – life’s too complicated, random and interesting to fit in with our plans to the letter and most of us wouldn’t have it any other way. Travel’s becoming increasingly unpredictable (although we can often predict that there’ll be unforeseen problems!) and human beings don’t fall into neat little boxes and schedules.

Those of you familiar with Dr Steven Covey’s 7 Habits of Highly Effective People will now be thinking about the circles of concern, influence and control. There’s a whole load of stuff going on out there that we might be concerned about – as I write this, I’m fairly sure that rioting and looting is going on within quite a small radius of my London hotel – but do I have control over the perpetrators? No. Can I influence them? Not directly. So exerting a load of energy and spending time worrying about it really doesn’t help the situation. In terms of control, Covey says (and, I have to say, I agree with him) that the only human being we can control is ourselves. Of course, we can often influence others’ behaviour through our own behaviour or by letting them know how we feel but ultimately the choice to change is theirs to make.

When the controlling person fails to make others do what they want, they are often left feeling stressed, anxious, helpless or angry. So why not let go and see what happens?

Some people fear that if they’re not in control they might face an undesirable or unexpected outcome and they lack faith in their own ability to handle that situation and bounce back from whatever life throws at them.

The upside might be less stress, lower blood pressure, more collaborative relationships both at home and at work. Controlling managers who make the decision to let go might just find that team members start to show more initiative, feel more motivated and the boost on confidence means they’ll rely less heavily on the boss, freeing up his or her time to focus on other things. Having more fun, maybe?  Doing things on the spur of the moment?

If you feel that letting go might be just what you need, then try these steps:

With thanks to this week's guest writer, Brilliant Minds Associate Partner, Debbie Stone