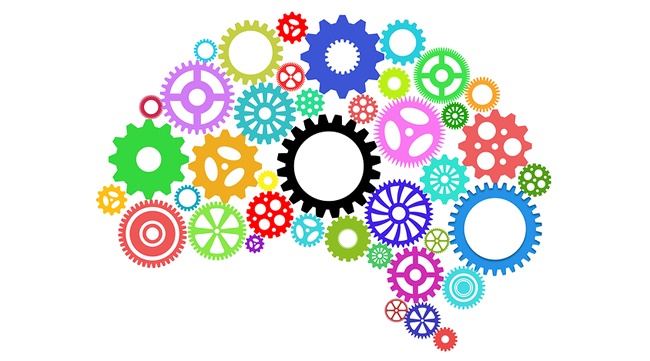 Almost everything that is currently known about the way the human brain works was discovered in the past ten years. Recent advances in research have overturned old models of neurological operation and revolutionised the way we view our brains.

For example, in the 1980s it was believed that each person was born with a finite quota of brain cells which gradually died away over a lifetime, with no new cells being created to replace the ones that were lost. This suggested that damage to the brain could not be repaired. It is now known that the brain does renew cells and that a damaged brain can regenerate itself.

Neuroscience is the scientific study of the nervous system – the brain, spinal column, neurons and the senses. It’s not a new science, psychologists, physiologists and biochemists have long been interested in the nervous system. What is new, is the rapid pace of new discoveries in this area and the consequent application of this knowledge to everyday life.

Having practised NLP for more than 20 years, I’m really excited to see neuroscience turning up scientific evidence to support some of the principles of NLP and to explain what is going on at a neurological level when we use NLP approaches in everyday situations.

Most leaders, managers, HR professionals, trainers, coaches and consultants would look at that model and agree – on the basis of experience. Could any of them PROVE it was true? Probably not. But David Rock, having delved in to the relevant neuroscience, can prove it:

Firstly, the major organising principle of the brain is to minimise threat and maximise reward.

This means the brain is constantly (five times per second) scanning the environment for stimuli that may lead to either threat or reward.

These responses are not purely mental or behavioural. Data gathered through measures of brain activity (such as MRI or EEG) show that threats to any of the social concerns listed above trigger physiological response in the same way as a physical threat. The same neural responses that drive us toward food or away from predators are triggered by our perceptions of the way we are treated by other people.

Being ostracised, for example, activates similar neural responses to being hungry. Threats to our status elevate the level of cortisol, which is also associated with sleep deprivation and chronic anxiety. In MRI tests, lack of clarity and unpredictability light up the same areas in the brain as physical pain.

There are also different behavioural and psychological consequences associated with threat and reward:

Clearly, if you deal with people at work, especially if you’re a leader or manager, it’s in everyone’s interests to keep your people in the ‘reward’ frame of mind and away from the perception of threat.

In NLP terms, this relates to Towards and Away From styles of motivation.  We know that both approaches can motivate a person to undertake a particular task and we can determine which a person a using at a given moment by paying attention to their language and behaviour.

We also encourage people to improve their Towards motivation by using the Well-formed Outcomes pattern.  This creates clarity and energy – not to mention certainty! – in relation to a particular goal or activity.

So, the combination of the neuroscience, NLP and the SCARF model lead to some practical principles for better leadership:

At work, a person’s status is determined relative to others around them. It can be increased by praise, recognition, promotion, giving responsibility and sharing important information. It can be diminished by criticism, failure and exclusion from meetings or conversations. It can also be diminished by the successes of colleagues with whom the individual does not enjoy a good relationship.

When a person’s status is threatened by being left out it activates the parts of the brain involved in the perception of physical pain. This may be the reason why it’s quite common for a person to develop back pain when something goes wrong at work.

Clearly, leaders will only avoid triggering the threat response if they pay attention to maintaining each person’s status in ways that are constructive for the whole team. Bear in mind, individuals who feel their status is threatened may start indulging in behaviour that undermines their colleagues, thereby rebuilding their perception of their own status.

You can support and increase the status of every member of your team if you regularly give positive feedback, keep everyone informed and involved and consult them often.

Very few people actually believe they can predict the future, but “the best way to predict the future is to create it” (Abraham Lincoln). This means having clear goals, strategy and plans AND telling your team about them.  Certainty is also created through routine.  If you always hold a team meeting on Monday at 2pm and you always send out a team update on Thursday at 10am, people have some certainty to hang on to.

Uncertainty impairs the function of the orbital frontal cortex and takes attention away from the current goal. We often notice reduced productivity when there is re-organisation pending – or a takeover expected.

In a fast-changing business environment, it’s very easy for people to begin to feel uncertain about the future, so this is an area where leaders can make a big difference with very little effort. Set out your plans for the year, establish a routine and keep your team informed.

Wherever possible, give individuals discretion at the point of decision-making. Define areas where each person’s own judgement is required. Nothing undermines that sense of autonomy faster than having to refer every decision to your boss – even worse – a committee! Build individual decision-making into your organisational processes and avoid lengthy procedures that require the approval of multiple levels of management.

…and employ people whose judgement you can trust!

At work, the idea of relatedness means a sense of safety with others and the need for safe human contact is a primary driver similar to the need for food. The sense of relatedness is easily lost when meeting new people or when someone you know excludes you from a meeting or discussion or chooses not to confide in you over an important matter.

To avoid triggering the threat response in your people, as a leader it’s important not only for them to feel safe with each other, but also with you as their boss.

Fortunately, this sense of safety is easy to generate. It comes from creating rapport (NLP Practitioners take a bow), which can be done verbally or non-verbally. Shaking hands, using a person’s name, chatting about non-work interests are common ways of creating rapport. Deeper levels of rapport can be achieved through high quality attention and matching patterns of language and behaviour.

Teams of people who know each other well enjoy a strong sense of relatedness and this can significantly enhance performance by triggering the ‘reward’ response that makes good use of cognitive abilities.

As a leader, you can also create a greater sense of relatedness – to you – in your team through coaching and mentoring and one-to-one meetings.

At work, fairness – or its absence – is noticed in many different ways. Is there a ‘fair exchange’ between individuals, between leader and team, between organisation and employee, between customer and supplier?

If something seems unfair, it rapidly triggers intense emotions and the ‘threat’ response. It uses up a lot of mental energy and distracts from everything else.

Each individual person has their own view of what is fair, but most people are also open to seeing a different version of fairness if it can be explained fully. (Here’s where the NLP concept of perceptual positions and techniques such as the Meta-Mirror are useful).

As a leader, it’s worth taking time to explain contentious decisions and processes that seem unfair. As you talk people through the issues and the thought process you not only restore their sense of fairness, you also increase their status and feeling of relatedness at the same time, triggering a powerful ‘reward’ response in the face of what could have been seen as a threatening situation.

Remember, these reactions are hard-wired into the brain and are not the result of conscious choices. An emotionally intelligent, self-aware adult will have some capacity to suppress or manage the ‘threat’ response and generate their own ‘reward’ state. But can you count on everyone in your team having that level of emotional intelligence and self-awareness?

Isn’t it part of your responsibility as a leader to create the conditions where it’s easy for each person to perform at their best?

Having read this article you no doubt have some ideas about how this model can shed light on the behaviour of people around you and help you lead your team more effectively.To aid you in formulating your thoughts, I’ve created a downloadable grid, which you can use in a variety of ways.

For instant access to your personal SCARF inventory, click here and enter your details on the next page…