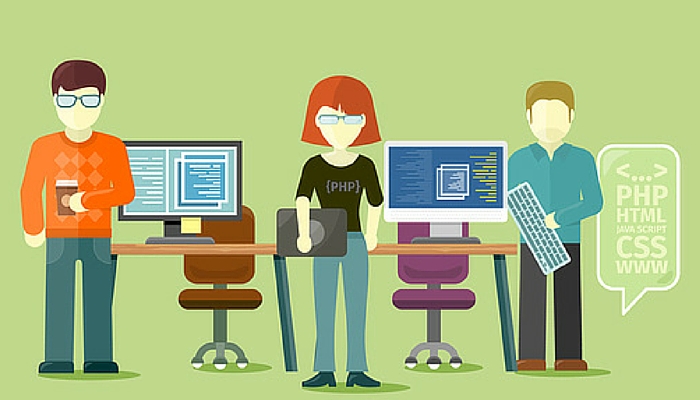 Most organisations couldn’t function without their IT. In many industries you need the latest technology just to be in the game and if you aren’t making the most of that technology to create competitive advantage then your market share can dwindle rapidly.

Your business needs its geeks

And yet, some companies still don’t have a CIO who holds a Board-level position. Many don’t consult the CIO and IT team about the business strategy.

The result is a disconnect between the business plan and the technology plan. It can result in the waste of massive budgets on the ‘wrong’ technology because nobody asked the IT professionals for their opinions.

Then there’s the fact that the IT department thinks of everyone else as ‘the Business’ and doesn’t include IT in the business.  Plus the fact that ‘the Business’ usually regards IT as a kind of support function and dismisses them as ‘geeks and freaks’ who don’t know anything except technology.

As a consequence, the IT department becomes detached from the rest of the organisation.

The coffee machine and the air conditioning

The average non-technical manager in the rest of the organisation doesn’t usually have any awareness of the variety of work undertaken in an IT Department.  The applications of technology can be widely varied in a big organisation. From desktop pcs to manufacturing automation and from order processing systems to marketing websites it’s all just referred to as ‘IT’.

Do people appreciate the complexity and variety of the technology in their workplace? No, they take it for granted. Like the coffee machine and the air-conditioning. They only pay attention when it goes wrong.

And you know who gets the blame when the technology doesn’t do everything that ‘the Business’ wants? Yes, the IT department.

Until you send them a staff survey…

“The 3 Main Reasons Why the IT Department Nearly Always Comes Bottom in the Staff Survey – and What You Do About It”. Read the full report here.