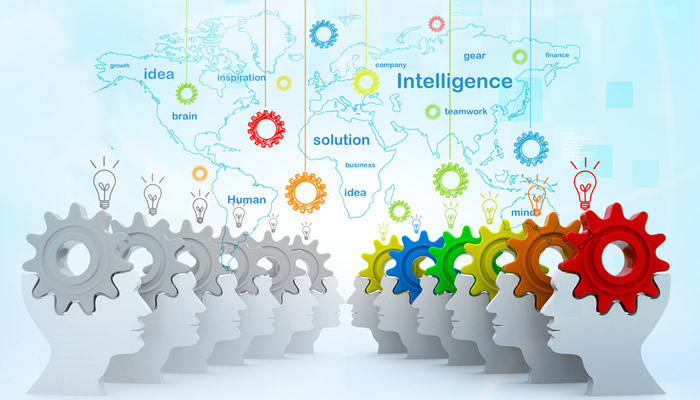 When I was growing up, it seemed to me that the primary factor in a person’s status in the world was the extent of their personal intelligence. The smarter someone was, the more opportunities came their way, the more attention and admiration they received and the happier they appeared to be for it.

I guess that back then, schools wanted us to think that was true. Teachers wanted us to be motivated to work hard at our studies in the belief that it was the only route to success.

That was the cry from all the people who had found their academic studies a chore. From everyone who hadn’t excelled at school, who hadn’t made it to University, but still knew that they didn’t deserve to be consigned to life’s scrapheap.

The same cry from parents of less-than-gifted children. Now it doesn’t matter if you can’t analyse, calculate, comprehend, parse or paraphrase.  You can be a success if you have Emotional Intelligence.

The embarrassed deflation of the intelligent elite. The rug pulled out from beneath their feet and laid in the path of those they were to accustomed to looking down upon.

There is no longer any reason to feel inferior to people with a high IQ. It’s EQ that matters. You can get to the top if you’re prepared to build a network, take a few knocks and learn from your experience.

It’s still true that academic excellence is not a good predictor of personal success in life. Being ‘clever’ is no longer regarded as a virtue. In fact, it’s sometimes regarded as a disability – it won’t make you successful, you know.

But what of the collective success?

The eggheads of yesteryear may not all have been personally successful. But how many of them contributed to the success of teams, of organisations, of research establishments, of pioneering start-up businesses, of Nations?

Behind most successful brands there are teams of people who embody the technical excellence of their employer. Every company has its powerhouse of intellectual property, market analysis, statistical modelling, technical advancement or ground-breaking innovation.

What would we do without them?

In the scramble to claim a share of personal success, I think many of today’s leaders have overlooked an important point. Organisations need intelligence. Successful businesses need people who are clever. Functional teams need people who can analyse information and work out causes or consequences.

The triumph of style over substance may work for an individual, but that doesn’t mean the world doesn’t need the substance.

Some years ago I had a coaching client who I regard as one of the most intelligent people I’ve ever had the pleasure of working with. In one of our sessions he told me how a Senior Executive had rocked his self-confidence by returning to him a report he’d written. My client explained that the Senior Executive had been aggressive in his criticism, “You’ve used words I don’t understand!”

My client was confused. He thought he was generally quite an effective communicator; he deliberately avoided technical jargon and unnecessarily complex detail.

The words the Senior Executive didn’t understand were not technical words.

Interesting? Thirty years ago if a Senior Executive didn’t understand certain words in a report, he’d have looked them up in a dictionary and kept quiet about it. Now, it seems, such an incident can be used against the writer of the report.

I guess that’s what they mean by ‘dumbing down’.

But this is what concerns me: Can we really afford to undermine the brains behind the business? Can organisations survive successfully without academic and technical know-how? Can we reasonably ignore the input of the merely ‘clever’ if we have the guidance of the ‘street-smart?’

Or could it be…

…that’s how we got into the current economic mess?

Don’t ask me. How would I know?  I was an academic success.