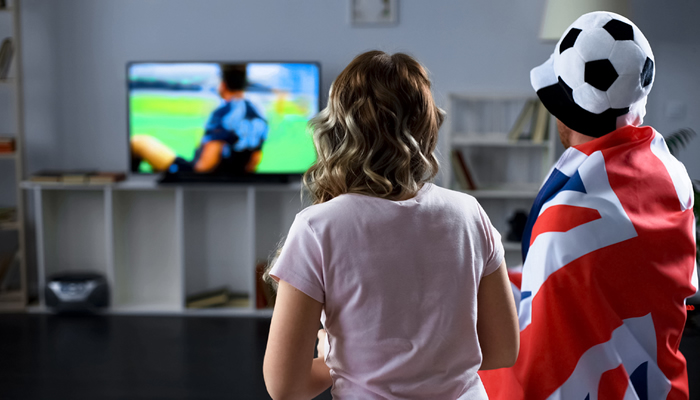 I have never been interested in Football. In the first 50 years of my life I watched – maybe -three or four games with my Dad – one of them live at Villa Park. I don’t remember the score.

Then I met Phil, a lifelong supporter of Aston Villa and total football enthusiast. A man who can turn out match statistics going back decades and player information to rival Wikipedia. It was inevitable, I suppose.  I started watching football. Not with any great enthusiasm or interest, but because it was on the TV and I was in the room. And because Phil was commenting on aspects of the game and that seemed to me to merit a response. (I’ve since realised that I don’t need to respond and he’s not expecting me to, but this was early on when we didn’t know each other so well) Anyway, I started to pay a bit more attention. When he exclaimed, “What a great pass!” I started to ask, “Why was it a great pass. What made it better than the previous one?” I know, it was probably more irritating than me sighing and rolling my eyes but when I start paying attention that’s what happens.

I realised something. I used to think I didn’t like football because nothing seemed to be happening most of the time. I like my sports more Procedural, like Tennis. In Tennis, there is a Procedure, someone wins a point at the end of every section of play. It’s easy to follow what’s going on and, to me, it feels like something is happening all the time.

Not so in Football. The ball moves around the pitch in a seemingly random pattern. Players move in equally unpredictable lines up and down the pitch. Sometimes the game moves slowly, sometimes it goes at a frantic pace. It’s definitely an Options sport. It looks random to the untrained eye.

Of course, that’s the big difference – the untrained eye. When I watch football, I don’t know what I’m seeing. So it isn’t very interesting. I can’t spot the detail of how a player plays the ball or where he positions himself in relation to other players, the goal, the penalty spot or anything else. I now understand that these are the things that make the game interesting to the trained eye, but I still have an untrained eye.

So, to use the words of my friend Shelle Rose Charvet, I ‘zoomed out’. Here I found more to engage me. I discovered that I could ‘see’ whether the players were working as a team, how confident they looked and which team had control of the game at a given moment. Still not enough to keep it interesting for 90 minutes or more, but at least I have something sensible to say at half-time.

And now England are playing the World Cup and actually winning games. Making us proud of them, rather than embarrassed by their performance. That in itself makes Football more interesting. But there’s more.

I may know very little about Football but I know a lot about Psychology, Leadership and Teamwork. What I’m seeing is that what goes on off the pitch is having a big impact on the performance on the pitch. I’m enjoying hearing how Gareth Southgate is managing this – as everyone keeps reminding us – inexperienced team. Every interview I hear, there’s further evidence that he’s approaching this the way I’d encourage any manager to set up a team to succeed. The players are quietly confident – not necessarily about winning, but that they know what’s expected of them. The little things, like staying off social media, are making a difference to their calmness and focus. I’m enjoying seeing Harry Kane lead by example, keeping his head and doing his job. I can see them working together as team – my eyes are trained to that!

My personal football pundit gasps in frustration at the ‘lack of quality’ of some of the individual players, but we can both admire the synergy of this team and the unexpected results they have achieved.

…because I really do know what I’m looking at when it comes to men’s clothing, and it’s great to see a properly dressed English gentleman managing the English team.