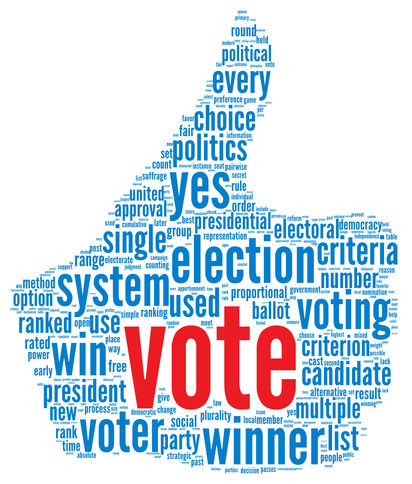 In the wake of major political events, there has been lots of debate on social media, plus a certain of amount weeping, wailing and gnashing of teeth from those who are unhappy about the decisions made by democratic vote.

Like most of us, I’ve been asked for my opinion by friends, family and colleagues. In some cases, I’ve struggled to find anything sensible to say.  Unusual for me!

This experience has led me to reflect on my own impressions of the issues on which the votes were held. In the UK, the ‘Brexit’ vote on whether or not we should remain a part of the EU. In the US, the Presidential election with Donald Trump and Hillary Clinton vying for the role.

I have opinions.  Of course I do.  But they’re not always opinions I want to share.  Not because I’m ashamed of them, but because they’re not opinions I can back up with anything rational or logical.

I’ve seen plenty of clips of him on the TV news and on social media. I’ve read other people’s opinions of him and I’ve formed an opinion of what many people would like me to think of him. But in terms of any information on which I could base a real opinion – I feel a complete lack of anything certain.

It’s the same with Hillary Clinton. I just don’t know. I’ve seen plenty of opinions about her. I’ve read the allegations of corruption. But all of this ‘information’ comes from unknown sources, so how do I know whether it’s true or not?

In the days before social media we used to rely on the Radio and TV news, documentary programmes and newspapers to feed us information about what was going on in the world. By and large, we knew which newspapers tended to lean to our own view of the world and our own values so we could choose a perspective that was unlikely to challenge our politics too much.

We used to say, 'don’t believe everything you read in the papers', but mostly, I think we did.

Now, we are bombarded with information from a myriad of sources. TV, radio, newspapers have been joined by email newsletters, social media, websites and forums. How do we know what to trust, what to believe, what to repeat, what to allow to influence us and to motivate us to take action?

The answer is, we have to find it within ourselves. We have to have our own criteria for deciding what to believe, what to dismiss, what to investigate further.

I suspect that many Americans, faced with a choice between two candidates whose reputations had both been assaulted on all sides, simply reverted to what they knew. If they were usually a Republican voter, they voted Republican ('He can’t be as bad as they made out, surely?') or if they had a history of voting for the Democrat candidate, they voted Democrat ('She’ll carry on where Obama left off'). Maybe they also found it easier to believe the accusations levelled at the other party’s candidate?

Sources like Facebook tailor the ‘news’ you receive based on your history of interest and ‘likes’. So if you ‘liked’ an item that criticised Donald Trump, it’ll show you more of the same. If you clicked through to an item that supported the ‘Remain’ campaign, more items on the same subject will be presented.

By this means our views are reinforced and not challenged. We are fed ‘information’ that confirms our own thinking and leaves us feeling comfortable and certain.

So unless we each take responsibility for evaluating the reliability and credibility of the ‘information’ we receive, unless we check sources and actively decide what to believe, it look to me as though we are conspiring in our own intellectual stagnation.